Ancient legend accorded that three of Irelands patron saints would be buried together in Downpatrick – but who are they and what do we know about them?

St Patrick -By far the most famous of all of Ireland’s patron saints. St Patricks day is celebrated on 17th March and is celebrated far beyond Ireland, it is a day of celebration in many countries around the world. You can shop St Patricks day gifts at Shamrock if you want to join in the celebrations yourself. St Patrick was brought over to Ireland from Wales as a slave during the 5th century. He went on to convert many people to Christianity and there are lots of legends surrounding St Patrick, including miracles and great battles. 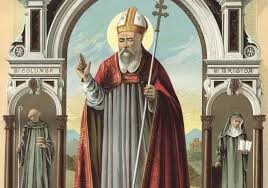 St Brigid – Originally St Brigid was a Pagan saint before Ireland turned to Christianity. She was known for being a kind, caring and generous person who was associated with helping the poor and the sick. St Brigid’s day is February 1st and many children in Ireland make a Brigid cross to celebrate this day as legend has it that she once made a cross from reeds whilst comforting a dying man. 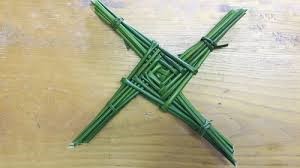 St Columba – Descended from nobility, he is known as the Dove of the Church and his first established church was in Derry. After a falling out over the copyright of a book of Psalms a huge battle ensued, and St Columba left for Scotland to spread the word about Christianity. He established an abbey in Scotland on the isle of Iona and is also said to have done battle with the Loch Ness Monster!