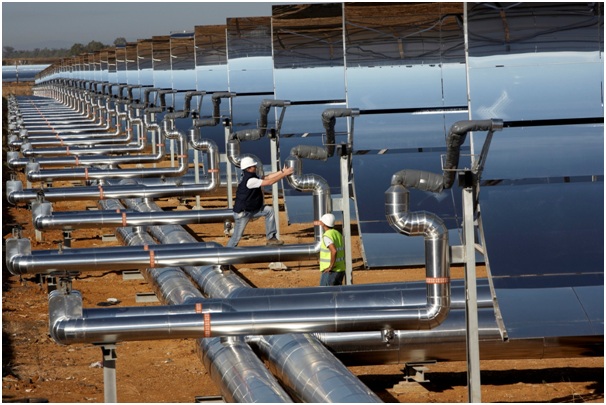 Recently, energy experts at the think tank Chatham House warned that oil companies would face a brutal end within a few short years if they did not rapidly begin to embrace renewable sources of energy,

Many have wondered whether giants such as Shell, BP Total and Statoil have taken this, and other similarly dire forecasts, seriously.

On the face of it, recent developments would seem to indicate that the oil companies have indeed begun to consider the future of a world after oil. Shell’s recent move to create a dedicated division to invest in wind power is but one of many huge investments in “green” technologies that have been announced. As well as wind these have included large sums of money being poured into carbon capture and storage systems (CCS) and electric battery storage as well as plans by the Saudi Arabian Government to move it’s economy away from its dependence on oil.

All of this is significant, but does it indicate any real change of heart by the oil giants? Investing in other areas does, of course, make good business sense for them at a time when oil prices are low and profit margins narrowing. Especially since, compared to investing in new oil fields, green businesses can be snapped up for next to nothing. Imagine the difference in capital cost between installing solar panels in Northern Ireland and searching for oil off the Falkland Islands? No comparison.

Having said that, many of the moves being made by the big oil companies do have very real amounts of cash behind them. Senior executives from Statoil and Shell have gone on record saying that they believe that electricity, not oil, is the energy of the future so it is probably reasonable for us to assume that it is in that area where they see the future of their companies.

Having said that, the renewables economy at the moment is still largely focussed on the small scale and domestic market with companies such as http://www.solarpanelni.com/ offering solar PV cells to householders who are green conscious or wanting to reduce their bills.

It will take a significant drop in oil revenues and increase in profits from renewable before the big oil companies get really interested in green investments.