Skip to content
Latest News
What Are Backlinks and Why Are They Important?
What Is Involved in Forensic Accounting?
The Beauty of Ferrari 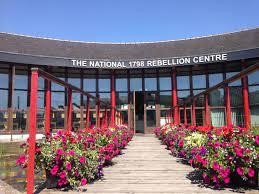 Ireland is a country with a rich and often violent history This can be seen dotted all around the landscape. A great place to visit if you want to explore some of Ireland’s historic sites within one place is Enniscorthy.

As well as being a great place to immerse yourself in history there are also plenty of local facilities. From shops like Vodafone Enniscorthy to bars and restaurants.

This fantastic castle in the centre of the town has been here since the 13th Century. It has seen many historical events and people, from knights of Norman times to prisoners. In the dungeon you will find wall art dating back to medieval times, and from the battlements at the top of the castle you can see the Vinegar hill where battles were waged and the beautiful countryside all around the area.

Here you can learn all about the 1798 rebellion – there is the opportunity to relive the battle in 4D, see weapons that were used during this period and learn about the people who fought on both sides during the rebellion.

The hill that can be seen from the battlements of the nearby Enniscorthy castle was the site of a battle that took place on 21st June 1798. Thousands of British soldiers attacked the rebels on the hillside, making it a major turning point in the history of the rebellion.