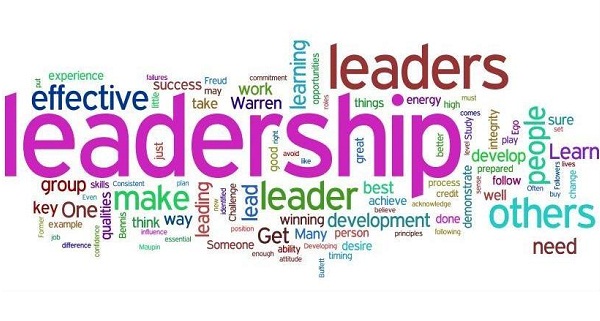 Often reading articles about leadership, we tend to get the idea that somehow it is written in the stars that someone has the potential to become an effective leader, a natural born leader such.

I do not think it’s true: I see too few leaders valid compared to those in positions of leadership but are woefully incompetent and seriously overvalued (by themselves in the first place) about their ability.

One reason is primarily the lack of honesty in self-assessed people who aspire to leadership. The following is a simple self-assessment tool, structured into three points.

1. Do you impose only when you have to and not on any occasion?

We all have in mind the kind of person that simply must take responsibility for anything. Whether it’s a brainstorming session, a basketball game or a family outing, is eager to dominate the choices of the group, at all costs.

Always opinionated, usually impatient, these must-be-need-at-all-costs it is so exploited by others who describe them as natural leaders that sooner or later – to the detriment of themselves and all others – start belief it seriously.

The truth is that this is almost always false. True leaders do not presume to have to take charge of the situation whenever two or more people gather, quite the contrary and a great leader assesses each situation and takes control only when its position, the situation and / or the need of the moment requires it.

Oh, and if you read the last point in thinking that most of the situation you’re the right person to make a decision, are no longer a must-be-need-at-all-costs that a leader.

2. Act less than they look

Many business executives confuse leadership with action. These Tasmanian Devils are convinced that a constant motion automatically generates leadership. Consequently, they are more ambitious and more furiously act.

Faced with any situation that cannot be resolved with their brute productivity, generate a dust cloud of impatience, their instruments of leadership is the volume: if they think that you are not working hard – or as hard as you would think – the tone of their demands becomes increasingly strong and strident.

You might think that such an attitude can never, ever lead to a career in a mature organization, but you’re wrong. Many organizations, unfortunately, some of the safe ways through the best Fortune 100 Company, still encourage this type of leadership.

True leaders understand the value of the course, but it is not their only tool. In fact, not even their main instrument. Great leaders look more than all the others: the answers, solutions, models, problems, opportunities, and threats. They know they do is of vital importance, but they also know that thinking, understanding, contemplation, and interpretation are equally important.

3. You change people, their results are achieved

The executive to reach the objectives that have been awarded but wear his team in the process and the executive B builds a great team but does not reach the targets. What is the better leader?

It is a false dichotomy, but often present in many organizations. The true leader is the Executive C: someone who puts together his team so that it will achieve its objectives.

If your goals do you obsess so much that you get to manipulate and oppress others around you in order to achieve its objectives (I know, I think its motivation, but it is not!), well this is not leadership but a dictatorship. Nor does it mean, on the contrary, it is a behavior as a doormat to make a real leadership.

Being a leader means to build teams capable, strong and they are really geared to the success against the objectives assigned to them.