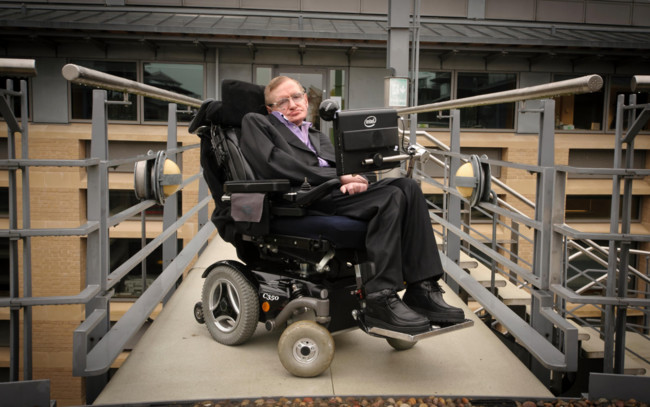 As we all know, the physicist Stephen Hawking suffers from amyotrophic lateral sclerosis (ALS) for several years, which has caused a significant deterioration in his motor functions. Because of this, it has used technology to help them communicate through a voice synthesis program.

The ACAT (Assistive Context-Aware Toolkit) system developed by Intel and released by the physical end of 2014, is one of the greatest advances for making computers accessible to people with disabilities. System that today has been released, so that anyone can download and use it free of charge.

The ACAT system, used by Professor Hawking, is to capture the movements of the cheek muscle, these movements are translated into words, which are rendered in real time by the speech synthesis program. An important part of this system, which has been specially created to Hawking, is largely based on the prediction system SwiftKey, but adapted the scientist through his speeches and actions.

The release code ACAT represents a breakthrough in the development of accessibility tools, where millions of people can be benefited, as any developer in the world can experience and create new systems on this basis.

“The purpose of publishing it openly, is to allow developers to create solutions in the healthcare space easily, and have them take all I have invested years of effort. Our vision is to allow any developer or researcher who can contribute value detection, user interface, word prediction, context awareness, etc., to build on this system, and not have to reinvent the wheel, as this represents a great effort.”

ACAT is not only a system of prediction, also includes a virtual keyboard for text editing, it has the ability to open documents and surf the internet. In addition, it supports a wide range of devices such as web cameras, sensors and other peripherals.

Note that the installer of ACAT is available through GitHub and is compatible with Windows from XP, so far there are no plans to release it to the Mac platform. In addition, the source code can be downloaded from ACAT the website of Intel Open Source, where any developer will have available all the necessary tools for creating.