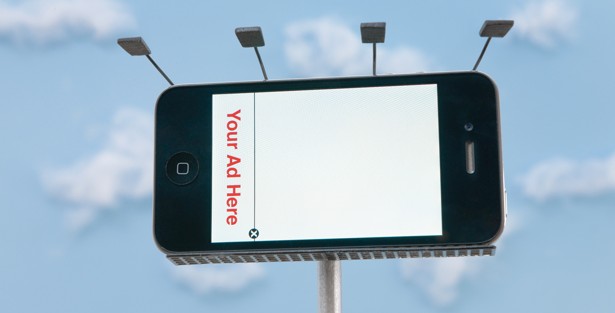 Just a couple of years ago, rich media ads were on everyone’s lips. How is it possible that the advertisers can not go crazy before this wonder? Thought more than one. Videos, expandable banners, many buttons, etc …

The same story happened when the rich media landed on the mobiles. But although the effectiveness of this type of ads seems to have been challenged, it does not appear that the advertisers have felt very much alluded to, as shown by the fact that during last December, rich media ads cost 1.6 times that of A static ad, but getting only 1.2 times more clicks than the latter, according to a study by the company MoPub. “We do not think (rich media ads) are meeting the expectations that have been put on them,” said Elai Szu, MoPub’s product marketing director.

One result of all this would be that the advertiser brands, stayed away at some distance from the mobiles. However, the result has been the opposite. While mobile advertising would be typical of those companies that sought immediate direct response, it has been brand advertising, including the one that combines both brand objectives and immediate reaction, MoPUb has realized that it has represented 30% of The advertising space purchased in the fourth quarter of 2012. “These purchases are taking place, especially in those platforms that have more to do with demand,” Szu says, “which can clearly be understood as that those companies are receiving Return to their investments in the mobile “.

Android publishers are benefiting from this situation. In general, mobile advertisers often shy away from Google’s operating system, as users are “less monetizable and their spending level is lower,” says Szu. This leads to the DSP calculating a lower value for these users.

But with a greater number of brands being advertised, the conversion is somewhat less problematic. That’s why Szu claims eCPMs for Android devices are growing, rising 54% between October and December, reaching $ 0.81 per eCPM, still far from the 66% growth in Apple’s iOS operating system, with A USD 1.12 eCPM in the month of December.

It may be the brand advertisers that will mitigate the problem of mobility monetization, but they are still a long way off when compared to ads on desktop computers. If we look at the period of greatest advertising investment in mobility of the year, which is the second half of December, the average of ads in iOS was 1.25 USD eCPM. This figure is significantly better than the 0.75 mobile CPM that Kleiner Perkins had calculated last year for this, but significantly worse than the average 3.50 USD they had calculated for online display ads.

MoPub’s January issue of numbers, in addition to the attention of branded ads, suggests that things are going better for mobile ads and that they can follow that trend. In the last year, the first week of January saw a total drop in advertising spending, which does not seem to have happened this year.