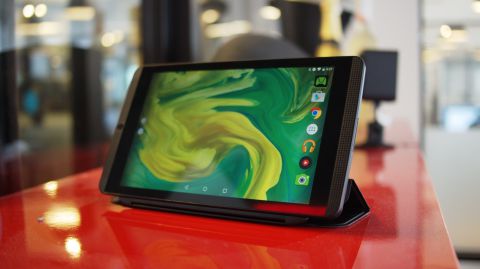 In fact, tablets have become a threat to smartphones, because ads in this bracket are 250% more profitable than in smartphones, according to a report madvertise, targeting mobile network.

Despite this, mobile tablet advertising will generate 2.54 billion dollars worldwide this year, while smartphones could move 35% more – some 3,660 million – according to data from Deloitte. This is because 80% of the world population has a mobile phone, nothing compared to users who have a tablet.

Although smartphones are more present in the market, the comfort of tablets by their size and shape make them easier to surf the Internet. Whether it is to access social networks, play games, watch videos, search for products or shop online, users access 70% more pages when browsing from a tablet than when they do it from a mobile phone.

In turn, the larger screen size of the tablets and their content, much richer, ensures a more valuable online shopping experience with greater user involvement. In fact, tablet ads are up to three times more effective than those on a standard mobile device.

According to Pavel Vanossi, vice president, “Tablet advertising is up to 4.5 times more effective than advertising on smartphones. Such is the impact of the ads and the benefits that bring to the advertiser that the Advertising for tablets has gone from 9% to 14% in the last year.”

Apps, another source of income

On the other hand, the mobile applications have not only been the discovery of the mobile advertising but also the one of the advertisers who have seen in them an important source of income. In an analysis by territories is in overall terms as the third country with the highest number of monthly downloads, with 120 million – 93 million for Android and 27 for the iPhone – representing 2.6 apps per person per month.

Also, the study shows how in a device breakdown, users have installed an average of 31 applications on their tablets; Seven apps more than in the case of smartphones (24 apps).

Of all the apps, social networks (85%), e-mail (81%) and those related to mapping and GPS (76%) are the most widespread among smartphone users. On the other hand, the repertoire of applications installed in tablets is much more heterogeneous, emphasizing in front of the mobile a greater installation of applications related to games (85%), television channels (60%) and means of communication (52%), among others.

Smartphones in the morning, sleeping tablets

On the other hand the study reflects how the behavior of the users and the use that they make of the different mobile supports varies according to the time zone in which they act.

Thus, between 8 and 10 in the morning, 37% of users prefer to check news and e-mail through their smartphone. As the day goes on, the consumption of mobile and tablet is equated. With the arrival of the night the gap between the two devices increases again, so that between 21 and 00 hours, while 44% of users use their smartphone before going to bed, 51% prefer their tablet.