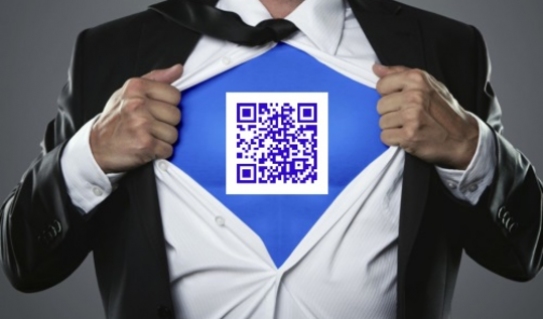 When it comes to QR codes it seems like these codes are bound to save the world. Quite simply, these codes are one more way of providing information, but they are not the panacea, nor will they revolutionize the online content world. There are many studies that show that their acceptance by the users is reduced, but it is not necessary to neglect them within the marketing strategy. Its application and use can be beneficial and positive in many cases. It is all a question of the applied use given to them and the purpose for which they are used.

As an example, we can highlight companies like Nestlé or McDonald’s that already use QR codes to improve the nutritional information of their products. Other brands like Playboy have stood out for the applied use of this type of codes as a promotional tool in their marketing campaigns.

When it comes to making the most of these new applications, in the creativity is the limit. Undoubtedly these simple graphics offer many possibilities from the point of view of commercial communication. They can hide from a discount coupon to add more information about the product they accompany, in the form of video, or making use of augmented reality. But let’s go to the data:

The latest study by the Mobile Marketing Association (MMA) and mLightenment indicates that investment in recognition systems through mobile, including QRs has almost doubled to last year, $ 164 million and is expected to multiply widely by 2 in the coming years, to 364 million by 2015. However, only 12% of consumers use them.

In spite of this low percentage to those that formulate this question from another point of view. Does QR code technology fail or marketing strategies fail? The answers from some experts reveal that, although initially few were using QR codes, if they had done well, and the first consumers had had a good experience of use, they would have shared it quickly and we would not be questioning its usefulness. QR codes have not had the expected success not because they are useless, but because many companies still have to discover in what fields QR codes can be beneficial to consumers.

Other reports reveal that despite doubts and some uncertainty about its evolution and the efficiency of its applied uses, at least in Europe, its popularity has reached important levels. Between June 2011 and June last year, users who scanned QR codes did so by 400% more than once. According to data published by Pitney Bowes, has increased its scan in both Europe and North America, On average, 15% of respondents stated that they used such codes. A percentage that increases among the younger population. 27% of users aged 18-34 use this resource to expand information. However, it should also be noted that a large number of consumers are unaware of their existence, do not know what they are, or do not know the proper form or applications to scan them.

Especially considering that the number of mobile users has been increasing, although this figure does not correspond to the evolution of the use of QR, the use of QR codes among consumers has continued to increase.

What do traders think?

18% of retailers are optimistic and consider that QRs are very useful when comparing prices and inciting the purchase. They consider that it helps promote mobile payments (16%) and complete the purchase through showrooming (12%).

They confirm their effectiveness within the marketing strategy. The Adobe study shows that 34% of marketers consider them to be very effective, matching them with advertising promotions and coupons. For its part, another 49% indicate that they are “somewhat effective”. Experian’s data, on the other hand, indicate that 29% of respondents indicated that it was a very effective practice, along with 66%, which also corroborated its effectiveness.

Are they going to use them?

Its use in magazines also loses bellows. There was a time when there was no advertisement on the coated paper that did not have its precious QR, a practice that seems to have fallen into disuse, having fallen from 85% to 68% today, according to Nellymoser.

QR codes can definitely help users to expand product information, but brands have to rely on them as an extra complement, and lavish creativity to arouse the interest of users: