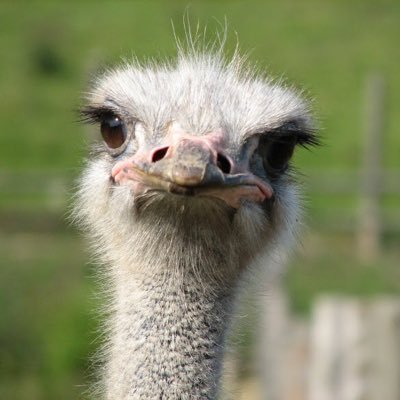 Twitter has de facto become the loudspeaker, if not the street, at least of generations and the most digitized elements of our population. And any institution, person or brand that systematically does not listen, responds or interacts not with its customers but with the online community in general is exposed to unleash their anger and see their prestige and credibility eroded by the fast track, in addition to losing excellent opportunities to improve their image, get support, ask for forgiveness (why is it still ‘mission impossible’?) or even mount a strong defense of their interests when the situation demands it.

Surprise for all this and for many more reasons than any public relations student (PR) or corporate communication learns in the first year of his career the proliferation in Twitter of a species (for more mutant data) between our companies and best-known organisms that he ignores, ignores, does not know or does not answer even though (as in the case of our reviled Olympic Committee ) they are falling down on the edge in both traditional media and social media. If the blue pipiolo was created to cheer happily right and left, some of our corporate and institutional representatives have degenerated into ostriches that, as a corporate policy, hide their heads just as the biggest and heaviest of our birds do.

The list of ‘ostriches’ surprises by the extensive, and includes among others some already cited in this medium (Interflora, Central Lechera Asturiana) that are limited only to publish messages as a mechanical speaker and at best to retuitear sporadically some mention. Before the most cynical draw conclusions, I hasten to indicate that there is no proportional relationship between the size or means available to the organization and this communicative policy, as shown by the opposite cases of Chocolates Valor or Conservas Serrats, to cite two examples of the food sector that bet on bidirectional communication.

Perhaps the most pernicious side effect facing our ‘ostriches’ is the so-called’ rebound effect ‘that provokes their unacceptable attitude, especially in crisis contexts where they are temporarily in the spotlight of Internet users’ anger . They show to persist in it an unusual degree of stubbornness coupled with a deep ignorance of the management of the crisis that sooner than later always ends up taking their toll. As Eric Dezenhall (one of the most recognized experts in the field) has written, referring to the ABC of the question: ‘If you are wrong, show repentance; if you are unfairly attacked or mistreated, defend yourself with vigor and energy. ‘ We would add:

Both in the case of Central Lechera Asturiana and in the most recent COE, the tweeted community has mobilized before what it has perceived as a mistake of bulk on the part of the brand in question. Little would care to some the damage that this caused to the organization in particular his attitude – that each stick holds his candle, especially when he has been warned by thousands of people of his error – if it were not for the collateral damage that this causes to the community in which they operate, their tourist infrastructures and let’s not say anything else as in the case that concerns the brand. If the ostriches for some time camped for their respects in the farms with their more than 150 kilos and their unbearable cackling, their destiny is almost always irremissibly the slaughterhouse and they do not end up being more than skin and eggs. Perhaps that is the destiny that the most stubborn of our ostriches tweeters deserve for ignoring the community to which they are committed to serve. You, as always, have the last word.