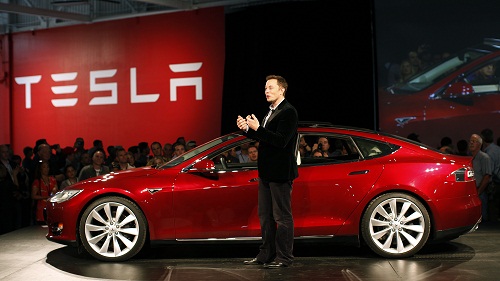 Reuters are decidedly displeased with Tesla’s apparent disregard for money, noting that Elon Musk’s creation resulted in a $359 million loss last quarter. This raises major doubts regarding the survival of the company.

Tesla have attributed the recent cash crisis to capital expenditure of over $400 million over the past quarter in their letter to the company’s shareholders. This has left Tesla with only $1.15 billion in the bank; less than half what they had this time last year.

Reuters have calculated that Tesla’s $47 million operating loss on their 11,532 sales equates to a loss of around $4,000 on every car sold.

Musk believes that the company will sell in excess of 50,000 cars by the end of the year and he expects that they will be producing a range of vehicles in quantity by 2016. He also stated that the company hopes to achieve a combined weekly output of around 1,700 vehicles for the Model S and Model X.

Tesla also aim to increase focus on their entry into battery storage on a large scale in the fourth quarter with construction of the ‘Gigafactory’ expected to begin in the foreseeable future.

Current forecasts suggest a decline in the company’s capital expenditure is to be expected next year as the company has no intentions of releasing any new models until 2017.

A key point of consideration raised by the Reuters report was the company’s plan to raise more capital in order to accommodate the ambitious dreams of Elon Musk. If Tesla are successful in improving their financial situation, new models may be expected in the next few years.