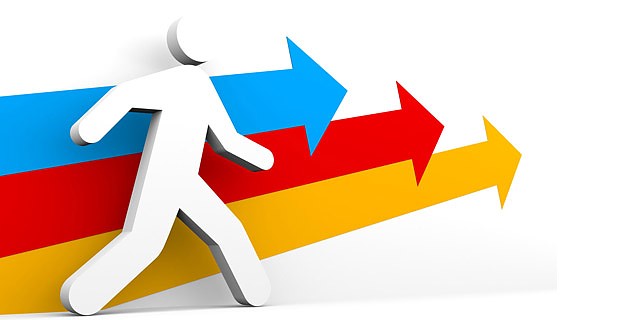 It is fascinating how a communicative theory that was formulated in an analogical and almost “black and white” context is still very much in force today and is applicable in web 2.0. The Spiral of Silence was formulated by the German Elisabeth Noelle-Neumann in the seventies and is studied in contexts of political communication and public opinion.

Elisabeth Noelle-Neumann says that public opinion is a form of social control in which individuals adapt their behavior to prevailing attitudes about what is acceptable and what is not. The theory of the Spiral of Silence explains that most people are afraid of isolation and in expressing their opinions they first try to identify the dominant ideas and then join the majority opinion. In this case the main source of information will be the media and these would define the climate of opinion on current affairs.

There would be many reflections and in-depth analysis on this topic, but I will specify in some specific points that I am interested in supporting my statements, so it will be open to debate and because otherwise the post would be infinite.

It can no longer be said that the internet is a medium of minorities, it is present in society and influences it remarkably, it is a fundamental leg that articulates the public opinion of today and is important enough to be susceptible to the theory of the author.

How do you observe the phenomenon of the Spiral of Silence on the internet? The clearest example is found in the sharing buttons found on social networks, blogs and any website that boasts. The gesture of sharing something roughly responds to the expression of an opinion that a person has previously expressed, so that not generating that content yourself and coming from another person blurs the responsibility of information and is corroborated because it is shared From a reputed source. One of the indicators that lead us to think that the information disseminated is consensual is the number of followers that person has and the times that information has been shared (retweets, likes, etc.). Another very simple example is the trending topics of Twitter.

For this reason opinion leaders play such an important role and the most immediate consequence is the “snowball” effect of their claims. This time we will not take into account the user who signs as anonymous or with a nickname, since who is really relevant to the public opinion on the internet are the people who are openly exposed to the audience.

Who are the opinion leaders in the network? This is the crux of the matter. How many people do we follow on Twitter or LinkedIn in person? The answer is almost none. In the network it is easy to find data about the issuer, both personal and professional, and this virtual information is the one that validates to a large extent the opinions expressed by the author. The credentials provided in excerpts and profiles on different websites, the number of followers , the amount of information that has generated, etc. We are sufficient to confirm that that person is an opinion leader; So we can share and recommend your affirmations cheerfully.

An example of the importance of “how much” in the network we find it again on Twitter, why are not there people who turn to the purchase of followers ?

They are accounts with few followers or not enough for their opinion to be perceived as consensual, correctly believe that by having few followers their opinion will be less valid, or put another way, that their message will have less reach, it is the same speech Which corroborates the Spiral of Silence in web 2.0. It is necessary to indicate that the techniques of socialization we have all interiorized, although we are not aware of them.

Finally, I leave you a reflection, which is the reason why I wrote this article of opinion. The social responsibility that falls on leaders of public opinion in Internet. I invite you to make an individual analysis of the statements we make publicly in a mass medium like internet, because as we have just seen can have an important impact for many people and even companies. The clearest example is found in our professional environment, when a reputed member of Social Media claims that this social network does not work, that this application has flaws, that the trend of using a technology is decreasing, that this yes and this does not . Of course positive affirmations will have good consequences for those who are subject to flooding, But what about the party that receives the most criticism or the part that receives no criticism at all? According to Elisabeth Noelle-Neumann, the omission of information entails the isolation of her, condemning her not to be expressed by anyone else, for fear of opposing the majority.

In such difficult moments as we are living, we remember that the author responds to a hearing that validates any assumption that comes from a recognized source, transforming a personal opinion into a verdict, which may mean the success or failure of an entity.