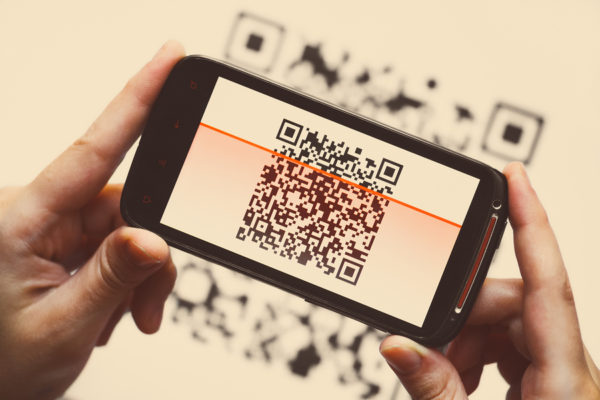 QR codes (quick response) have opened up a whole new scenario for companies to increase and measure their interactions with consumers. Given such advantages, it should not be surprising that its popularity is growing year after year.

Initially developed in Japan to follow automobile assembly processes, these two-dimensional codes have spread throughout a remarkable variety of industries, including advertising. In a recent study by ClickZ.com, it shows how its popularity has reached important levels.

In order to measure the impact of QR codes, Pitney Bowes has conducted a survey of consumers in Germany, the United States, France and the United Kingdom about their experiences with them.

The results show that approximately 15% of participants had previously used QR codes. They also revealed greater use in the US. Than in European countries, with 19% of US consumers having used QR codes. Against them, 15% of consumers in the United Kingdom, 14% in Germany and 12% in France. Forrester Research predicts that its number will continue to increase around the world in parallel to the number of smartphone users, which by 2016 is expected to exceed 1 billion globally.

So who uses QR codes? According to the study, the codes have an important presence among the age group of 18 to 24 years, with 27% of them using them. There is also a high level of use in the age group between 25 and 34 years in each of the survey countries.

With all this growth, it is not surprising that companies look more and more at this tool with great marketing potential. But what is the best way to use these codes? Although they can be located in virtually every imaginable place, that should not be an excuse to place them anywhere. The use is making a clear lines appear in this sense.

Studies show that, in a generalized way, most of the QR codes are captured in printed publications. The study by Pitney Bowes also reveals that the magazines, with 15%, followed by posters and mail, with 13%, where higher levels of interaction are achieved.

This is because QR codes can reduce the gap between physical and digital media, making users jump from an ad printed directly to the web, and the many possibilities the internet offers. Digital engagement also allows quick and easy tracking of the success of advertising.

In particular, many applications for QR codes include tracking and analysis capabilities, allowing companies to benefit from a wealth of information on the success and progress of their campaigns.

As QR codes are more popular, companies are learning to optimize and measure their success more effectively. They are learning to target customer segments that have smartphones and to use the information gained on their age, buying habits, as well as preferred media, to create better and more effective marketing campaigns.

Similarly, localization software allows businesses to identify preferred areas for locating their QR codes, so that codes and campaigns are directed toward the right objectives.

Shital regularly contributes on current health articles and healthy living ideas to health blogs around the web. When she’s not busy working with the jobs, you will find her undertaking many of her own health-related topics and healthy living ideas! She has a lot of dreams. She works hard to fulfill her dreams. She loves to share her ideas, tricks, tips and information by blogging. She also works at Creativejasmin.com, a company that committed to helping businesses with online marketing.