Skip to content
Latest News
Taking the plunge and starting your own business
How can I organise my finances?
Czym są procesy specjalne? 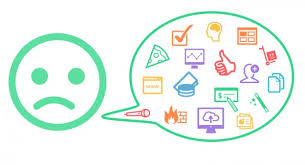 The online medium has become a source of information of the first order. A space that users already dominate entirely, and allows them to get fully updated information, plus the ability to interact freely both with other users, as with brands and organizations. Hence it is not strange to be one of the main places to discover new brands.

As recorded GlobalWebIndex, internet contributes positively to increase brand awareness and encourage engagement with the target audience; a reality that extends to all generations.

Thus, 46% of consumers included in the study highlight the content posted on websites and online media as the main source of reference when discovering new brands and stay informed about the launch of new products. A figure that doubles the importance of traditional offline media, which is just 27% in the case of those over 55 years rather than 20% if we focus on young people being 16 and 24 years.

Interestingly, the Internet has come to move to personal contact, putting the recommendations from family and friends as a second source of influence in discovering products and brands (43%). For its part, the views of others are equivalent to the relevance obtained by the search engines, especially in the case of younger (36%). However, for those over 55, yet Google still has a decisive importance (41%).

These data contrast with the findings made by the Social recommendation Index, who stood on the recommendations of our immediate environment as the first point of reference in decision making (92%). An influence that was reinforced by the opinions and comments posted on social networks, especially Facebook (68%), rather than any other online site, although very close to the relevance awarded to blogs (63%).

The most important thing is the positioning in the minds of consumers of online media, which has made him stand well above the supports on paper. The possibility of finding and contrast as much information, along with the proximity of opinions selfless users are its great strengths. The conclusions of the work of GlobalWebIndex indicate that only a third of respondents take into account the information contained in advertising or in a TV show.An even lower incidence in the case of the opinions of celebrities (25%) who do not affect the case of older (7%).

Impersonal and general methods of the past have lost whole against the opinion of a friend (22%), or the publication of his testimony in social networks (22%). Acts which strongly influence the new generations, but against which more experienced consumers are not indifferent.