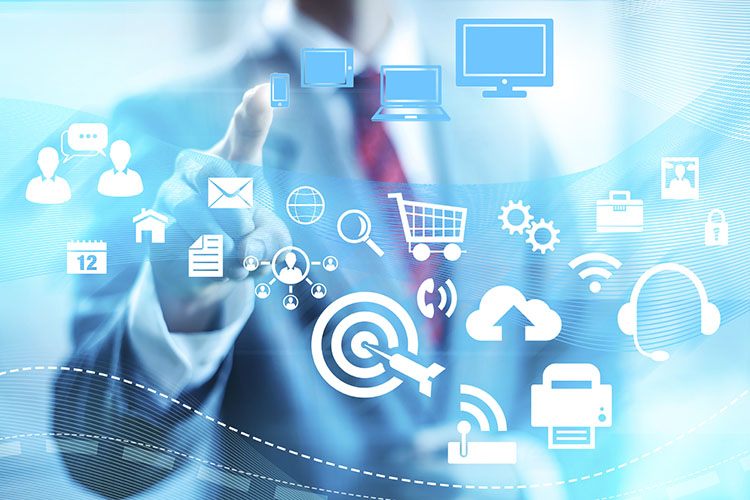 The webmaster or feminine webmistress refers to the person responsible for maintenance or programming of a website. According to sources such as Wikipedia, the specific definition of this charge may vary according to the field in which the person is presented: in certain cases he is responsible for the contents of the website, while in others he is in charge of the operability, programming and maintaining the availability of a website without necessarily intervening in the creation of content.

Although there are different definitions, many will remember the figure of the webmaster as that professional who during the last decade championed the movement of the Internet technological revolution and its approach by millions of companies. Thousands of professionals under this new label appeared to meet a demand that increased every moment. Finally, companies understood the reality of a medium such as the Internet and the importance of maintaining a presence within it.

Later the sector began to demand profiles of more specific and specialized professionals. The web designer, the programmer, analyst, etc .. but until then, the webmaster was always conceived as the figure of a professional with knowledge about different subjects, from web design and layout, to programming and even maintenance of services such as hosting, email, etc … Companies demanded ‘all-in-one professionals’ and the growing number of new businesses that jumped into the network drew a labor scenario of great opportunities. The webmater triumphed as masters and lords of the internet and it was labeled as the profession with the greatest projection for the future.

Later the figure of the webmaster began to integrate into multidisciplinary teams, going from the crusades alone to the development of projects in a group of specialized companies that came to the Internet. But little by little the figure of the webmaster was blurring giving way to new labels and hierarchy. The most veteran ones were added to bigger projects where they could contribute their professional experience as an added value.

After the burst of the dotcom bubble, today it seems that no one is aware of them. Few remember them and the word Webmater to have become a cursed word; in something of the past. Now it is the Community managers who enjoy the moment of greatest fame. Professionals who, in the same way, are required a wide range of knowledge and obligations.

It is evident that times have changed. They are very much what they think that with the arrival and emergence of social networks, the corporate web will be finally relegated with a simple purpose more typical of a business card. Information, news, conversations, audiences, new relationships … everything is centralized and flows quickly in the environment of social networks and communities.

Companies and brands are now again in the position of taking another step forward forced to evolve and join the new habits and imposed trends. The emergent figure of the Community Manager emerges, the new professional of the future.

The position of community manager or community manager is a new field in Marketing, Online Advertising and Documentation. In this sense, Wikipedia itself dazzles us by pointing out that a good community manager is the person in charge of creating, managing and invigorating a community of users on the Internet, regardless of the platform they use. The figure goes back to the origin of virtual communities that later continued to have relevance in the scope of distribution lists, news groups and web forums.

Create, analyze, understand and direct the information produced for social networks, monitor actions that are executed, create digital communication strategies, among many others, are the functions of a Community Manager, with a single objective that will be to establish a communication that far to silence, censor or ignore their clients, be transparent, open and honest, allowing leverage the possibilities of a new model of “Open Innovation”, thus offering new forms of communication more relevant in which the client feels an active part of the organization”

Although with notable differences from the webmaster of yesteryear, there are many more common aspects than we can perceive at first glance. Especially for those who think that these professionals must meet certain qualities, knowledge and obligations that elevate them to the category of gifted, super-heroes, or as others prefer to call them, men orchestra.

Two similar stories of professions and emerging professionals that adapt to the continuous changes of new technologies and the constant evolution of the internet environment. This makes us ask ourselves some questions. Is the Community Manager really a profession of the future or will it be 10 years from now and nobody will remember any of them?